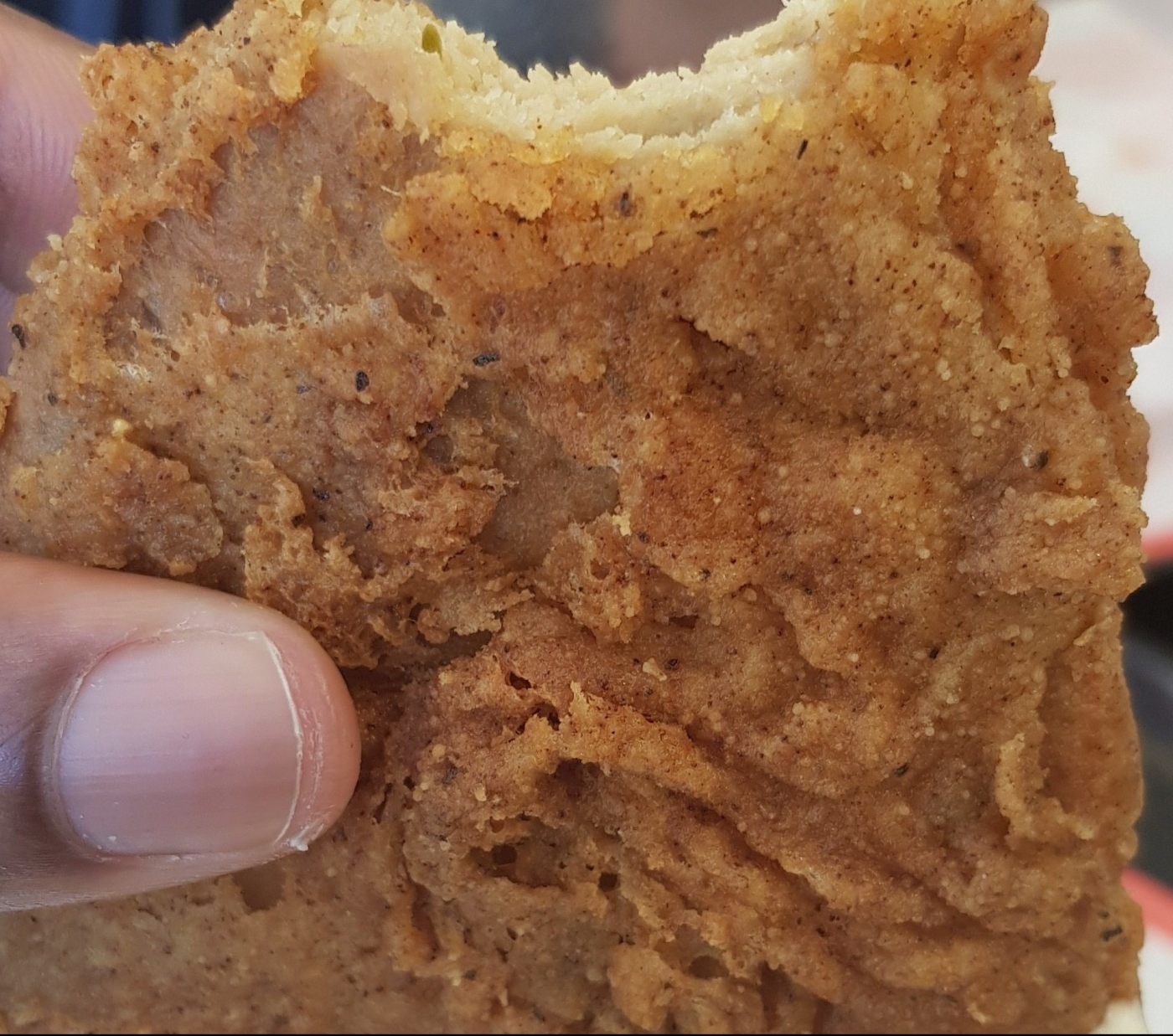 Me: Forgive me father, for I have sinned.

Priest: What is your confession my son?

Me: I ate at the Temple of Seitan.

Priest: The way of the devil is a path to ruin young one.

Me: But father… it’s a restaurant.

Unforgivable! I entered a cult and ate meatless food within a space of a day!

Except Temple of Seitan is NOT a cult, but in fact a vegan fast food joint serving some of the most interesting stuff I’ve seen on my foodventures so far. These guys are definitely on the path to saving animals, and they do it oh-so-well, with help from a wicked little wheat gluten called: seitan.

With one London branch in Bethnal Green and the other in Camden, we decided to take a stroll to the heart of London and visit Camden’s branch. Little did I know, was that this “stroll” would become a TREK, voyaging over bridges, crossing perilous roads, ambling through estates and encountering dead ends, all before finding a subtle, modern and very residential looking canal side terrace housing: the Temple of Seitan.

And before you ask, no there are no demon sculptures, shady Templars or gothic architecture. It really is just a friendly looking restaurant. Sure there were some dark undertones dotted around inside… but at least the staff were nice, tunes were great and the actual room – pretty bright.

Plus it’s a gimmick! Go with the fun and enjoy the theme because you won’t find this anywhere else! The same goes with the food, and I shall explain why below!

Start with the two piece, for £5 you get 2 big slabs of ‘seitanic’ meat disguised as normal chicken fillets with a very generous dollop of mayo. It’s a great intro to the food because you get a good idea of what these guys are about, well-seasoned batter coating – in my own words – doughy chicken. The reason I say ‘doughy’ is because seitan is a wheat gluten made from wheat flour, which gives the flavour and texture. Had I not known this, I would’ve said their chicken went funky and braced my bowels for impact. But it was an interesting taste that worked, though (I can’t believe I’m saying this) the size – too big!

This gets resolved with the popcorn bites – also £5. Same taste. Smaller portion. Tastes even better with chicken salt. Wait. What? 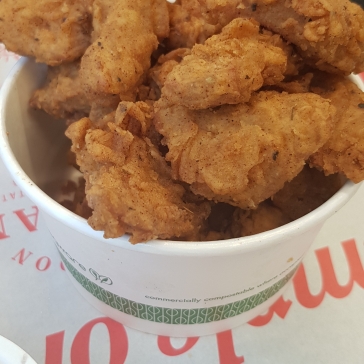 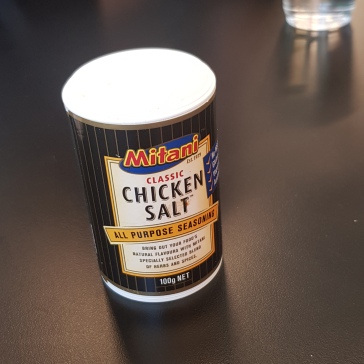 MOVING ON to the burgers! And the signature Temple Burger was when things got seriously good, so much was going on between the buns (at a whopping size too!) that I really felt I was getting my money’s worth. It holds the same fillet as the two piece being the burger’s beastly core, topped with some impressively mild, zingy and meat-free bacon. The cheese added a dairy-like charm to the meatless mouthful before the final toppings of healthy lettuce, zingy pickles and flavoursome relish – a perfect finish to a finely crafted machine of a burger.

What impressed me the most though was the Temple cheeseburger, all the great qualities of a typical cheeseburger, with the ketchup, mustard, pickles, etc. But there was something about the patty that made it better than meat – possibly due to the fact that there was no meat – but the flavour was far beyond expectations.

Heaven forgive me for these words, but this Temple needs to spread. Their stuff excited me more than McDonalds – which is a BIG deal! And if this munch means saving a few animals in the process then count me in, because this is the kind of food that puts vegan restaurants on the map. Just please remember to turn up for the right seitan if you visit.