They say that peer pressure can lead to drugs, drinking and mischief, but peer pressure gave me Dishoom. For years I’ve been told that this is the place to go for top quality dining and I couldn’t stand the feeling of missing out any longer!

With many branches of Dishoom around London each serving exclusive specials, we settled for the Carnaby branch, because we love Soho and they were the only place where evening slots were still available! 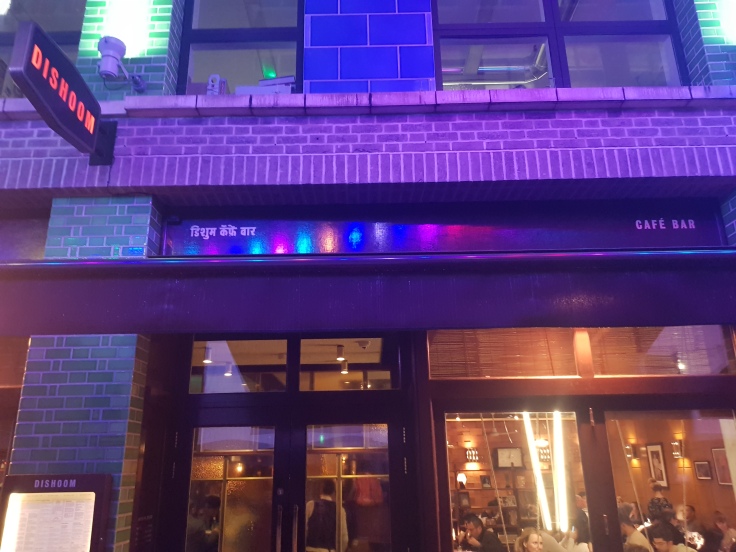 As a group of foodies with high standards, the bar was already set sky high – plus pressure was on me since I chose it. Yet giving my name at the front desk filled me with power as I entered this exotic gala-fest of a room. Our table was at the back sectioned away in a jungle VIP type of lounge area, lighting was great and the atmosphere, bustling as expected. When our party had gathered, we got our drinks then ordered (literally) half of the menu, I felt sorry for the waiter, but excited for our stomachs. 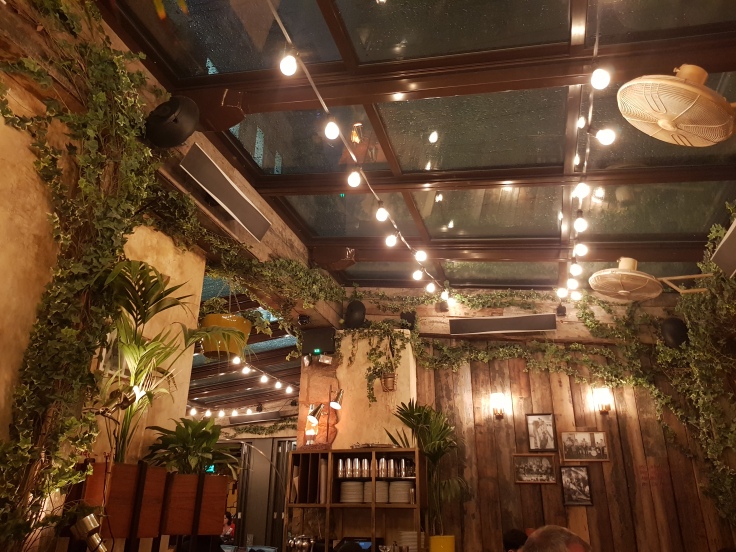 The samosas, toasts, paus and calamari were the small dishes hence they came first. Put simply the samosas were the crisp, meaty triangles you would expect to find in most places – norm standard. The toasts were somewhat intriguing, but still basic cheese on toast with a kick. Calamari upped the ante with the beautiful taste of perfectly battered squid mixed with a brow-raising relish to add some zing. Finally the paus being the wows of the starters: the keema pau being a bowl of mouth-watering minced meat accompanied with a well toasted bun. The vada pau was described on the menu as Bombay’s chip butty, and right they were, gorgeous spiced potato sandwiched between a fresh bun – the winning starter in my opinion. 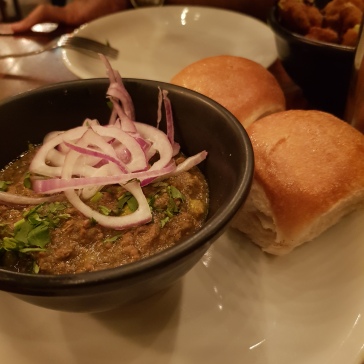 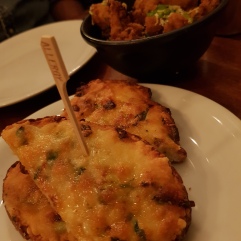 Along with the starters were our exotic drinks, the Thums Up, being India’s version of Coca Cola, was more or less the same taste but not as sugary or fiery. The chocolate chai made me smile, very nice creamy flavours of chocolate and faint spices making a lovely blend. The virgin Bombay coladas were apparently lacking the expected rum punch leaving tongues longing for alcohol, so naturally what followed was the chai paanch and ipa paanch, two very boozy and complicated concoctions with the ipa tasting dark and manly while the chai, sweet and refreshing. There were no complaints on the Assam tea. 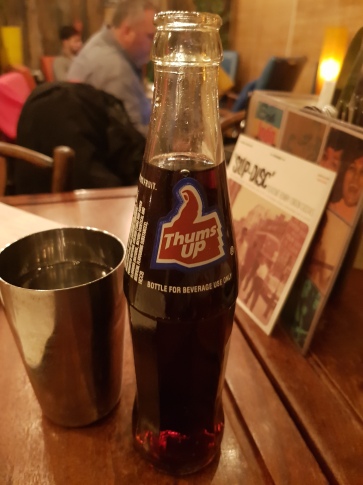 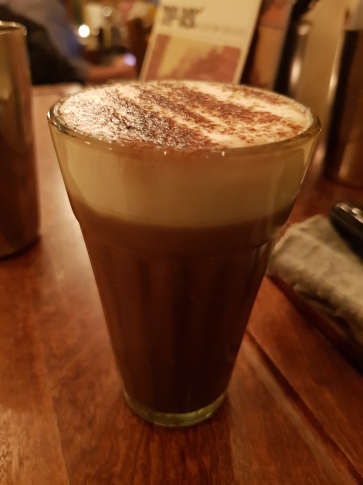 Then we move on to the mains, and I was feeling carnal but not for lamb, so I got the murgh malai, one of the best chicken dishes I’ve ever had in a restaurant. Creamy and well-seasoned with garlic, ginger and coriander stems, it was a dream to have with the rice and cheese naan. The gunpowder potatoes were also well seasoned but not the most exciting part of the meal.

What made our feast truly special, however… was the house black daal (hence the little omg above). The fact that it has the word house in its title, should have hinted how outstandingly key this dish is. And it was. To try and describe it in detail would be tricky, but I will say this: forget all you know about ketchup, this blended pool of split pea savour will make ANYTHING taste better. It was heaven. It was stellar. I finished the whole pot. I smothered EVERYTHING with it. I had no regrets. And if you feel like transcending this heaven to reach EVEN BETTER heights, add some minted, yoghurt raita, then you’ll truly understand why I’m rating this so much.

The chicken ruby continued the theme of creamy and well-seasoned, this bowl of Bombay curry goodness was on par with the murgh malai, the makhani sauce bringing out the magic. Again when smothered with my godly daal/raita combo, you know it reached sensational heights.

Dishoom brought discovery and pleasure to our palettes, it’s an amazing place to bring groups of friends to explore and share absolutely amazing food – especially the daal raita combo.  We completed half the menu, I can’t see why we shouldn’t return for the second half.