Did you know that ‘hikari’ in Japanese means light? How do I know this? Well that’s because foodventurers… I’m a bit of an ‘otaku’, meaning a geek of Japanese pop culture.

Anyway, the point I’m trying to raise here is that Hikari to me has become a new light in terms of London’s Oriental cuisine. Yes, it doesn’t reside in the most interesting part of London, living literally across the road from Lambeth North tube station, nor does it look anywhere near as chic as the slick decor of Yauatcha, but believe me when I say that this food is worth the not so enlightened pilgrimage. 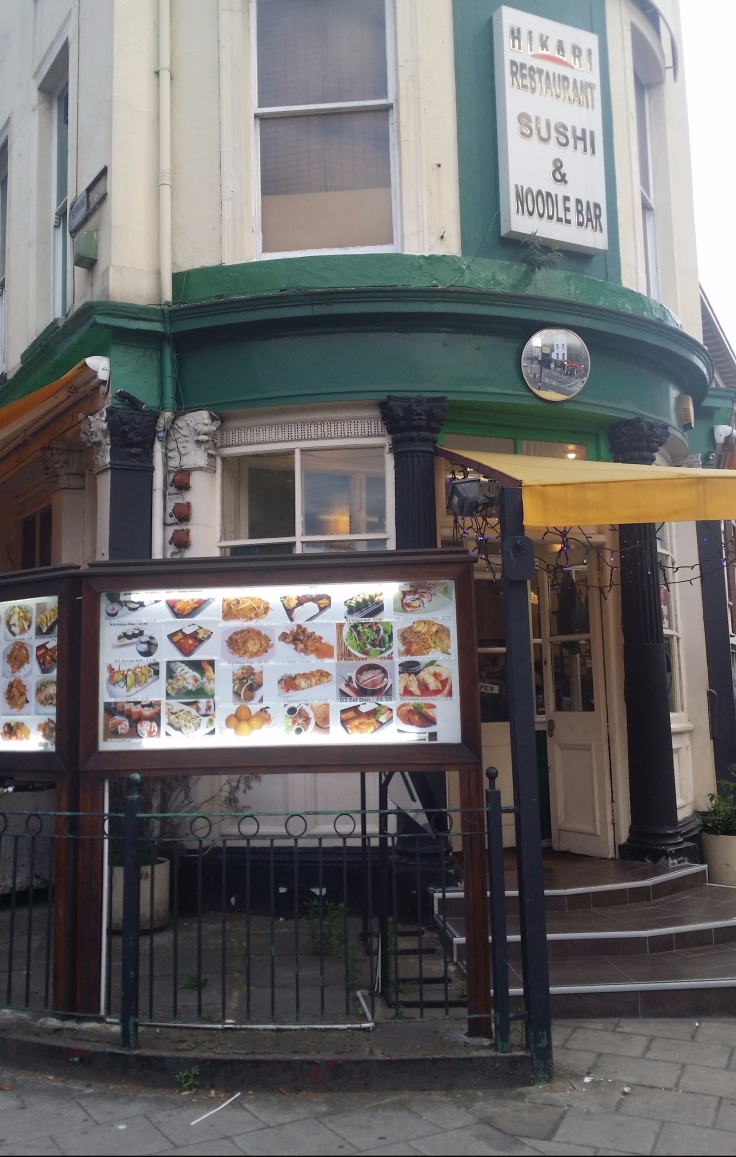 Let’s start with the menu, I cannot remember the last time I have been SO excited and meticulous in deciding what to eat. I and my friend spent a good ten minutes strategizing how to attack this grand (and sometimes misspelt) menu of Chinese, Japanese AND Thai dishes! Keeping in mind that oriental food is my favourite!

I’ll admit we were hungry, so I was anxious that I would have to calm my groaning stomach with nothing but creamed iced coffee and visions of fried rice, but after a mere five to ten minutes of conversation – the food had arrived! You’d think the chef was clairvoyant and began cooking the moment we entered their spacious dining hall! 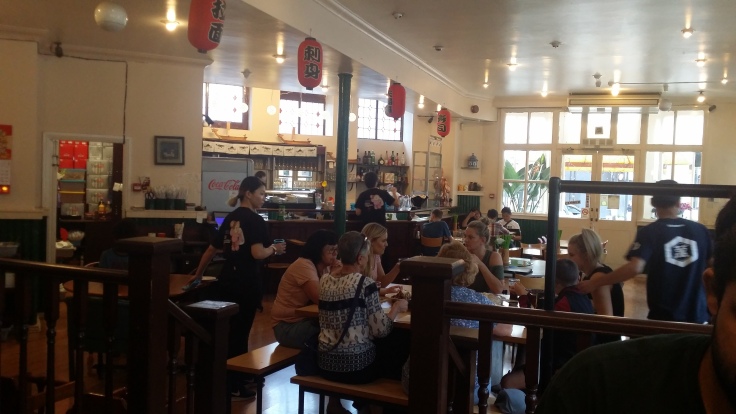 They say that food always pleases the tongue better when you’re hungry, this may be true but I can assure you that regardless of hunger, the dexterity was clear from the first fishcake to the final noodle – especially when it’s from Japan Centre’s former head chef of 9 years! Let me walk you through the experience.

The aim was to explore all cuisines without looking like a pig, so for starters I had Thai fishcakes with sweet chilli sauce while my friend had the chicken yakitori. The yakitori was as expected, tender with that unique Japanese edge that differs from the typical chicken skewer – no complaints there. But there was something special about the fishcakes… the exotic flavours of sweet sauce and slightly chewy, herbaceous fish marrying together in your mouth was amazing, even better at the low cost of £3.50 – I expected Tesco and got Waitrose! The same applied to the sushi, averaging at £1.80 per piece (which is great compared to other sushi restaurants) each sublime mouthful tasted expensive, especially the eel and egg.

My main course was the Hikari Combo Noodles (or Cambo as the menu states) because you always feel more intimacy with a restaurant once you’ve tried the dish that has their name on it – right? The dish was made up of fine noodles, with roast duck, roast and crackling pork, Chinese greens and sweet soy sauce. Noodles aren’t my favourite but these were well cooked – what stood out here though was the meat, greens and sauce. All full of meaty flavour and varying textures while blended with the complemented explosion of sweetened yet salty soy to create an umami symphony in thy mouth. Gochisousama deshita! (Thanks for the lovely meal!)

Some might call this cheap comfort food, others may call it a great local, and I will admit that this may not be the most gourmet cooking you will ever have. But, as a settled North Londoner, I am more than willing to trek to the other side of the capital to venture through more of this hidden gem of a food house.

One thought on “Hikari Sushi and Noodle Bar”