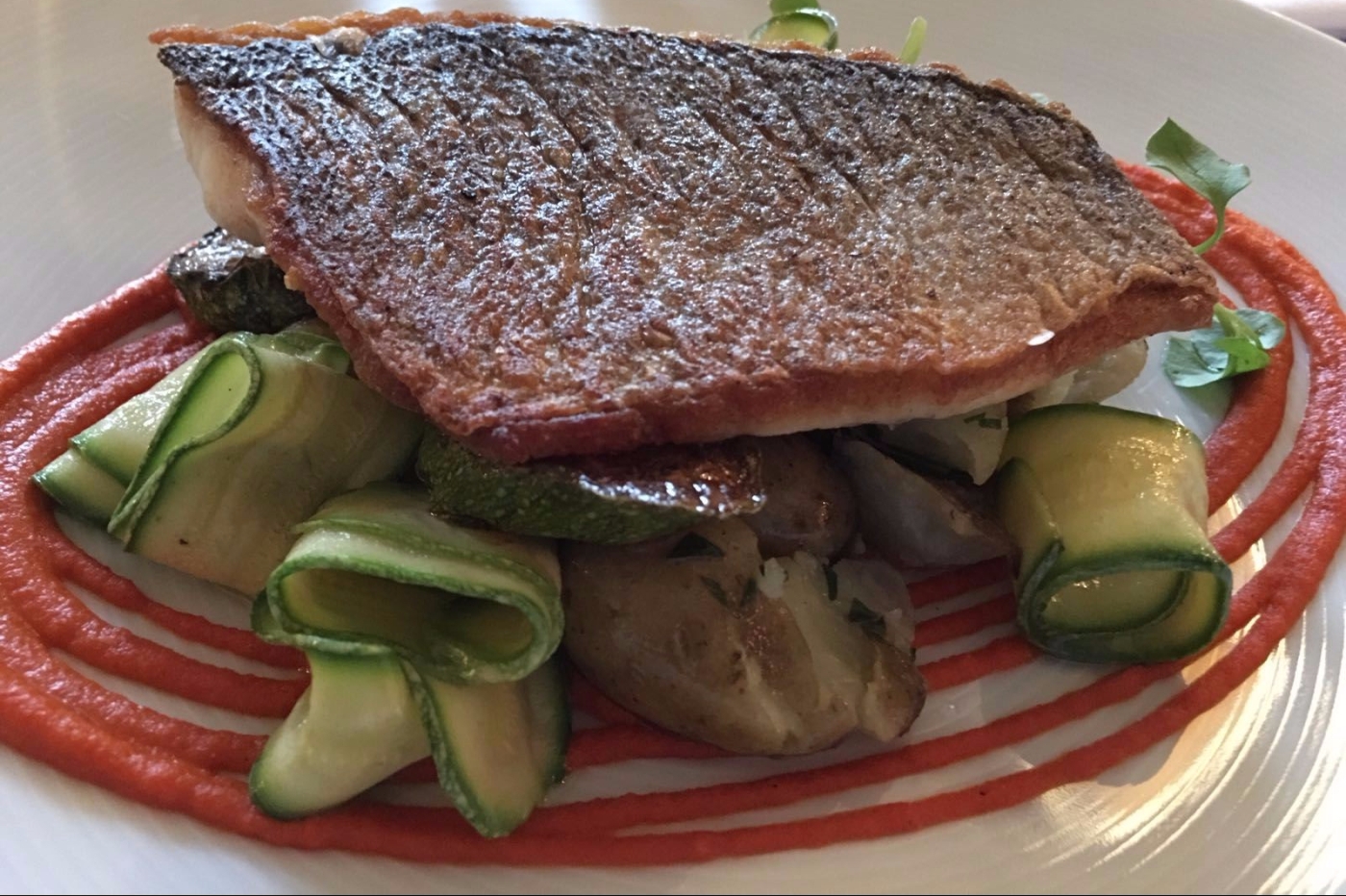 I might get a bit posh with this one foodventurers! It’s not every day that a humble little food writing class gets to eat in style as part of their course, but how lucky we were to be guests of the Kings Cross Renaissance Hotel to dine in the glorious 19th century halls of Marcus Wareing’s Gilbert Scott restaurant! I’ve always walked past this fairy-tale of a building, staring in awe at its grand and gothic beauty.  So when we sauntered in like celebrities (as you do), tourist mode activated, as we unsheathed our camera phones to laud the Instagramable beauty of lavish décor and ridiculously high ceilings.

Whilst being guided to our seats, the grand dining hall screams Britannia with its modernised English styles. The smells of gourmet cooking wafts in the air. Though rather empty at the time, it appeared we would be dining amongst the business type who celebrates their £50k bonus on occasion – I felt outclassed… but I loved it! (It’s one of the pleasures of exploring the food world in my opinion).

We were also lucky enough to enjoy a behind the scenes tour of the kitchen downstairs, where you can find the head chef Dan Howes and his amicable team hard at work prepping in their divisions. Plus these guys have a chef’s table! Which glows at the base of their kitchen like a contemporary scene of the last supper. Customers can dine down here for a special offer 5 course meal at £59 till 31st August 2017 – just thought I’d throw that out there..

Now for the food!

We begin with a complimentary amuse bouche, which I can only describe as a creamy wild garlic soup with a cheesed crisp cracker. It sounds menial but I kid you not it was divine leaving me aroused with the appreciation for wild garlic.

Meanwhile the sommelier explained a white wine to us with such poetic expertise, I was this close to joining in the order – but alas my account was not buying it…

The real starter was the foie gras and chicken liver parfait with toasted brioche and granola, this I confess was my least favoured dish due to the unnecessary granola and the concentrated meaty flavours, resulting in a far too rich mush after a few mouthfuls – the brioche was also robbed of its textured divinity once toasted. However, after trying some of the alternative starter (fish cake in coconut curry with a slow cooked egg) faith was restored in the chef starter team downstairs. 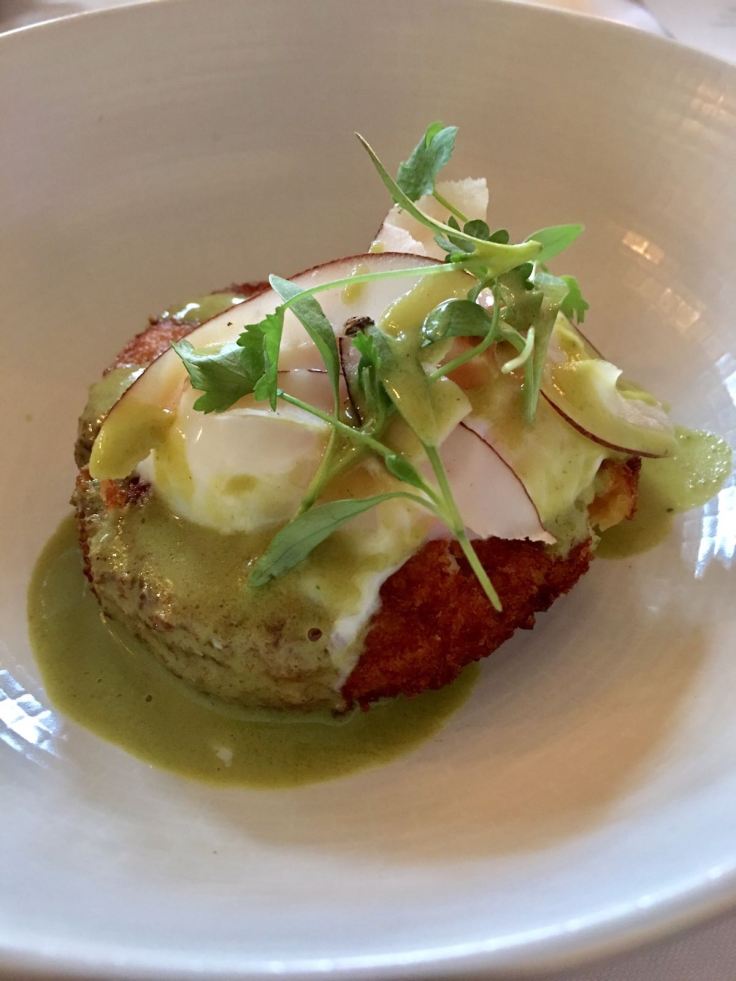 During our dine, I’m in subtle amazement by the grace and authority of the waiters as they served and cleared our plates with perfect execution.

The main was a sea bream with crushed jerseys, courgette and romesco, and I must say this dish was first class. The sea bream’s flesh maintained the tranquil taste of the ocean while its seared skin was crisp and brackish. This fused beautifully with the earthy jersey potatoes and calm taste of courgette before being complemented with the amalgam of romesco, like adding the colour red to a rainbow.

As the evening concludes and the room gradually fills, the day sets causing the room’s lights to rise creating a romantic ambience in addition to the piano playing in the background.

Suddenly comes dessert, my choice being a banana and caramel soft serve with salted peanut brittle. If the amuse bouche was divine then this pudding was the crème de la crème from heaven’s dessert menu. Who would have thought that banana and caramel could taste this good together, so good it should have a new name – Banamel? Just notify your doctor before eating it since it is SWEET! 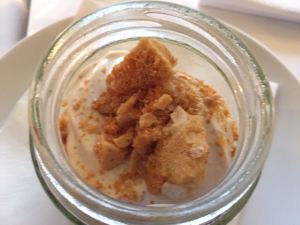 It needn’t be said that we had a very lovely evening, food and ambience alike, and all at the fair cost of £35 per person though I would’ve gladly paid more and I will be back for more someday!